Again from the student files, here is one student’s observations about different approaches to breathing during labor from a client interview.

I find the idea of birth breathing very interesting. I have had 3 babies; my first was an epidural induction. The other 2 were pitocin, no epidural births. The last (#3), I felt the urge to push so strongly.

With the rise of medical births, many birth professionals have gotten used to the practice of directed pushing. Our society is getting more and more used to putting their labor, and how it is executed, into the hands of these birth professionals. The assumption is becoming that we women don’t know how to do it or what it will be like, other than too painful or awful, so we trust the doctors, since they know what they are doing. This is causing, among other complications in labors, the conditioning that our bodies need help pushing the baby out, using force instead of a small nudge. By going slower, the mom can have a calmer, safer birth and reduce the possibility of the mother tearing, getting fatigued, and stressing both the mother and baby out.

I interviewed L.L. about her experience.  With her first, she pushed when she was directed and with extreme force, and ended up pushing for 2.5 hours. She used Ahhh pushing with her second and third and only beared down when she felt it was absolutely necessary, which she says wasn’t very often. She only pushed for ten minutes and 30 minutes, the longer being a baby born in the caul. he said she loved using it, since it taught her to automatically take nice, big, slow, deep breaths as her waves began. She also felt that birth breathing helped the birth be less intense and less physically tolling.

Rachel has worked as a register nurse (BSN from University of Utah) since 2004 with a work history in Labor and Delivery, NICU and Postpartum Care. She is also the founder of New Beginnings Doula Training which she organized in 2011. When she's not busy being a mother and grandmother, she can be found reading research papers related to some aspect of childbirth.

This site uses Akismet to reduce spam. Learn how your comment data is processed.

Looking for a doula? Review our list of certified doulas to see if we have a doula available in your area. 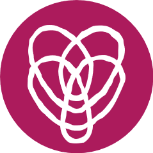